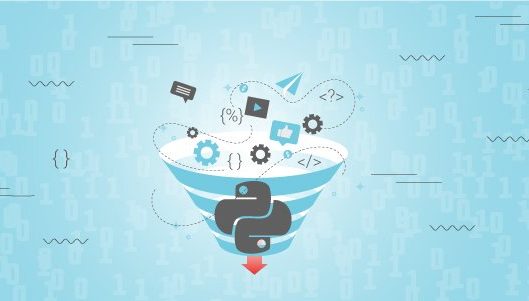 Machine Learning Algorithms has gained immense traction post the Harvard Business Review article terming a ‘Data Scientist’ as the ‘Sexiest Job of the 21st century’. Here is a set of algorithms in ML for those starting in ML.

Machine learning has grown so much that it is the most trending way to solve modern problems with an advanced approach. Here are the top 10 ML problem-solving algorithms for beginners.

An artificial neural network is one of our crowning achievements. As shown in the image, we have created multiple nodes interconnected to each other, which mimics the neurons in our brain. In simple terms, each neuron takes in information through another neuron, performs work on it, and transfers it to another neuron as output.

Each circular node represents an artificial neuron, and an arrow represents a connection from one neuron’s output to another’s input.

Neural networks can be more useful if we use them to find interdependencies between various asset classes rather than predict a buy or sell choice.

In this kind of Machine Learning Algorithms, the goal is to label the data points according to their similarity. Thus, we do not define the clusters before the algorithm, but instead, the algorithm finds these clusters as it goes forward.

A basic model would be that given the information of football players, we will utilize K-implies grouping and name them as per their similitude. Subsequently, these bunches on the striker’s inclination to score on free kicks or fruitful handles, in any event, when the calculation isn’t given pre-characterized marks, to begin with.

K-means clustering would benefit traders who feel that there might be similarities between different assets that cannot be seen on the surface.

Naive Bayes is a famous probability classifier that can distinguish between multiple objects. It’s famous for its real-time classification due to its speed and better accuracy. Primarily, the Bayes theorem decides the probability of an event to occur.

For example, a fruit may be considered an apple if it is red, round, and about 3 inches in diameter. Even if these features depend on each other or upon the other features’ existence.

These properties independently contribute to the probability that this fruit is an apple, called ‘Naive’.

It is easy and fast to predict the class of test data set. It also performs well in multi-class prediction.

The Naive Bayes model is easy to build and particularly useful for very large data sets due to its better algorithmic approach.This algorithm outperforms another algorithm due to its capability to classify real-time.

An arbitrary forest calculation intended to address a portion of choice trees’ impediments.

Irregular Forest contains choice trees, which are diagrams of choices speaking to their strategy or likelihood. These different trees maps to a solitary tree, the Classification and Regression (CART) Model.

To order an article dependent on properties, each tree gives a characterization, which is said to “vote” for that class. The backforest, at that point, picks the grouping with the best number of votes. For relapse, it thinks about the normal of various trees’ yields.

Each tree is developed as enormous as could be expected under the circumstances.

By collecting the forecasts of n trees (i.e., larger part votes in favor of characterization, normal for relapse), anticipate the new information.

RNN is the most used and advanced Machine Learning Algorithms. Siri and Google Assistant use RNN in their programming? RNNs are essentially a type of neural network that has a memory attached to each node, making it easy to process sequential data, i.e., one data unit depends on the previous one.

A way to explain the advantage of RNN over a normal neural network is that we are supposed to process a word character by character. If the word is “trading,” a standard neural network node would forget the character “t” by the time it moves to “d,” whereas a recurrent neural network will remember the name as it has its memory.

Linear regression predictions are continuous values. These are discrete after applying a transformation function.

Logistic regression is best suited for binary classification. Logistic Regression varies as a function f(x)= 1/(1+e^x). This function is an exponential decayed curve whose maximum value is 1.

To determine whether a tumour is malignant or not, the default variable is y=1 (tumour= malignant); the x variable could be a measurement of the tumor, such as the tumor’s size. As shown in the figure, the logistic function transforms the x-value of various instances of the dataset into 0 to 1. If the probability crosses the threshold of 0.5 (shown by the horizontal line), the tumor is classified as malignant.

The primary object of the regression is to find the better coefficients. These coefficients allow us to reduce the error in our outcome.

Classification and Regression Trees (CART) is an implementation of Decision Trees, including ID3, C4.5.

The decision tree in the below figure classifies whether a person will buy a sports car or a minivan depending on their age and marital status. If the person is over 30 years and is not married, we walk the tree as follows: ‘over 30 years?’ -> yes -> ’married?’ -> no. Hence, the model outputs a sportscar.

Principal Component Analysis (PCA) is used to make data easy to explore and visualize by reducing variables. Capturing the data’s maximum variance into a new coordinate system with axes called ‘principal components’. Each component is a linear combination of the original variables and is orthogonal. Orthogonality between members indicates that the correlation between these components is zero.

R. Agrawal and Srikant developed the Apriori Algorithm in 1994. This algorithm helps you identify the best products that can be bought together in a market. Such algorithms help you to understand which products fall into a similar category.

These are boosting algorithms is one of the most used Machine Learning Algorithms for massive loads of data. Boosting is an ensemble learning algorithm that combines several base estimators’ predictive power to improve robustness.

So, the above are the Top 10 Machine Learning Algorithms for beginners from which solutions to advanced problems can be found simply. Overall, they make life, task, and work easier.