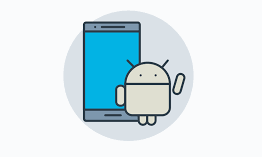 “Python for Android Development”- heard a lot about it?? Lets here see how it works and how to do with a small brief introduction.

Getting up and running on python-for-android (p4a) is a simple process and should only take you a couple of minutes. Its better if referred to Python for android as p4a. Android APK packager for Python scripts and apps. The executable is called python-for-android or p4a.

p4a is now available on Pypi, so you can install it using pip:

You need to fetch and unpack the Android SDK and NDK to a directory (let’s say $HOME/Documents/):

For the Android SDK, you can get the ‘command line tools’. When you have extracted these you’ll see only a directory named tools, and you will need to run extra commands to install the SDK packages needed.

The following are some of the applications of P4A ;

1- Build a Kivy or SDL2 application

To build your application, you need to specify name, version, a package identifier, the bootstrap you want to use (sdl2 for kivy or sdl2 apps) and the requirements:

To build your application, you need to have a name, version, a package identifier, and explicitly use the webview bootstrap, as well as the requirements:

The following are set of commands that is generally used in android dev;

Working on Python for Android Development

With API level >= 21, you will need to request runtime permissions to access the SD card, the camera, and other things. This can be done through the android module which is available per default unless you blacklist it. Use it in your app like this:

With the SDL2 bootstrap, the app’s splash screen may be visible longer than necessary (with your app already being loaded) due to a limitation with the way we check if the app has properly started. In this case, the splash screen overlaps the app gui for a short time. To dismiss the loading screen explicitely in your code, use the android module:

3- Handling the back button

Android phones always have a back button, which users expect to perform an appropriate in-app function. If you do not handle it, Kivy apps will actually shut down and appear to have crashed. In SDL2 bootstraps, the back button appears as the escape key (keycode 27, codepoint 270). You can handle this key to perform actions when it is pressed. For instance, in your App class in Kivy:

When the user leaves an App, it is automatically paused by Android, although it gets a few seconds to store data etc. if necessary. Once paused, there is no guarantee that your app will run again. With Kivy, add an on_pause method to your App class, which returns True:

The above are some of the common and most used usages in Python for android development.