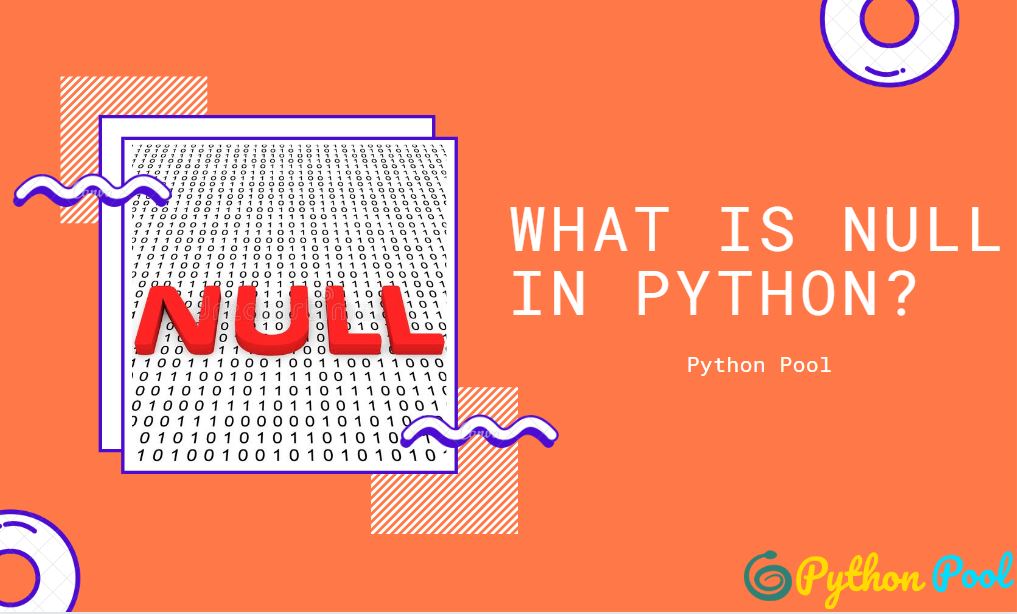 What is Null in Python?

In Python, there is no null keyword or object available. Instead, you may use the ‘None’ keyword, which is an object.

We can assign None to any variable, but you can not create other NoneType objects.

Note: All variables that are assigned None point to the same object. New instances of None are not created.

The syntax of None statement is:

This is how you may assign the ‘none’ to a variable in Python:

In Python, the ‘null‘ object is the singleton None.

The best way to check things for “Noneness” is to use the identity operator, is:

Note: The first letter in ‘None’ keyword is the capital N. The small ‘n’ will produce an error.

In other programming languages, for example, this is how you may create a null variable in PHP and Java.

If you need to evaluate a variable in the if condition, you may check this as follows in Java:

How to use the ‘None’ in Python. I will use it in the if statement and a few compound data types.

Checking if a variable is None (Null) in Python using is operator:

The output of the above example is:

The value of the variable is none

Similarly, you may use the Null value in the compound data type List. Just use the None keyword as in case of sets.

See this example where I have created a list and the third item in the list is None keyword:

Using anything but None for default, arguments make objects and functions less extensible.

we’re going to use None for our default argument, subbing in our default value when none is provided:

Our class still behaves the same but is easier to extend. Look how we no longer need to worry about the default value constant in our Tabby to maintain the same method signature:

Check the type of None (Null) object:

Check if None is equal to None

Check if None is equal to an empty string

Assigning a NULL value to a pointer in python

In Python, we use None instead of NULL. As all objects in Python are implemented via references, See the code below:-

None cannot be overwritten

In a much older version of Python (before 2.4) it was possible to reassign None, but not anymore. Not even as a class attribute or in the confines of a function.

It’s, therefore, safe to assume that all None(Null) references are the same. There’s no “custom” None.

Difference between Null and empty string in Python

Python doesn’t have a Null string at all.

Python does have a None value but it isn’t a string it is A None that can be applied to all variables – not just those which are originally defined as a string. In fact, Python doesn’t care what a variable has been defined as previously – this is entirely valid code (although not a great idea):

So to try to answer your question

This is a string :

This is an Empty string :

And this is None

Image Explains it all

This image shows a clear difference between Non-Zero, 0, null and undefined.

None has a distinctive status in Python language. It’s a preferred baseline value because many algorithms treat it as an exceptional value.

In such scenarios, it can be used as the flag to signal that the condition requires some special handling such as the setting of the default value.

If you didn’t find what you were looking, then do suggest us in the comments below. We will be more than happy to add that.

It’s useful to me

I’m glad it helped you 🙂