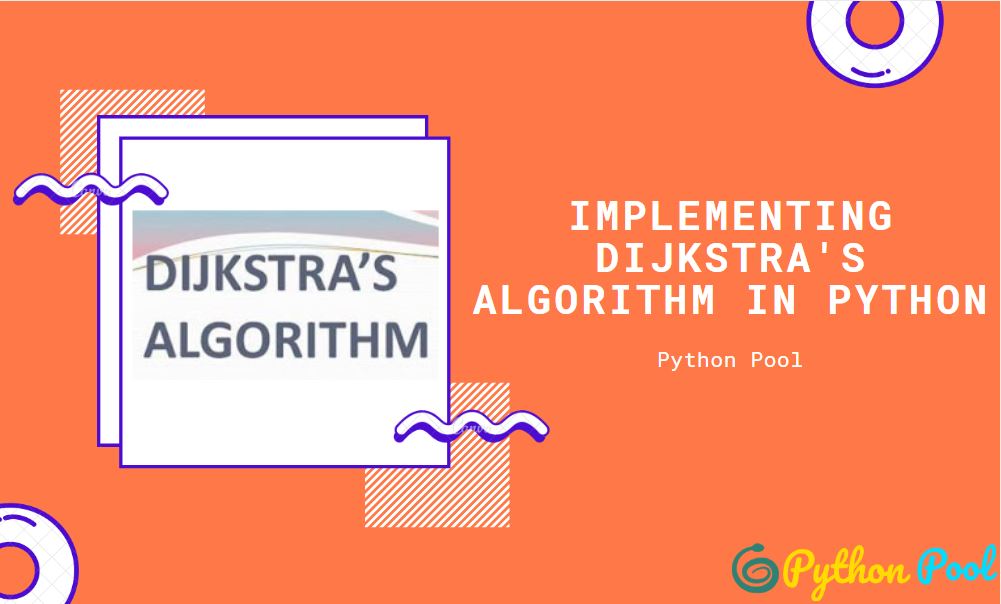 Whenever we need to represent and store connections or links between elements, we use data structures known as graphs. In a graph, we have nodes (vertices) and edges. Nodes are objects (values), and edges are the lines that connect nodes. In python, we represent graphs using a nested dictionary. We represent nodes of the graph as the key and its connections as the value. We often need to find the shortest distance between these nodes, and we generally use Dijkstra’s Algorithm in python.  A graph in general looks like this-

What is Greedy Approach?

In the Introduction section, we told you that Dijkstra’s Algorithm works on the greedy approach, so what is this Greedy approach?

In Laymen’s terms, the Greedy approach is the strategy in which we chose the best possible choice available, assuming that it will lead us to the best solution.

Think about it in this way, we chose the best solution at that moment without thinking much about the consequences in the future.

Step 1: Make a temporary graph that stores the original graph’s value and name it as an unvisited graph. Also, initialize a list called a path to save the shortest path between source and target.

Step 2: We need to calculate the Minimum Distance from the source node to each node.

From all those nodes that were neighbors of the current node, the neighbor chose the neighbor with the minimum_distance and set it as current_node.

Step 5: Repeat steps 3 and 4 until and unless all the nodes in unvisited_visited nodes have been visited.

Once all the nodes have been visited, we will get the shortest distance from the source node to the target node.

Now that we have the idea of how Dijkstra’s Algorithm works let us make a python program for it and verify our output from above.

The answer is same that we got from the algorithm.

Dijkstra’s Algorithm in python comes very handily when we want to find the shortest distance between source and target. It can work for both directed and undirected graphs. The limitation of this Algorithm is that it may or may not give the correct result for negative numbers. In Google Maps, for finding the shortest route between one source to another, we use Dijkstra’s Algorithm. Another application is in networking, where it helps in sending a packet from source to destination.

Hi, Sorry for the inconvenience.
I’ve updated the post with another approach for the algorithm.
Thank you for letting us know!

I’ve updated the post accordingly. Sorry for the confusion.