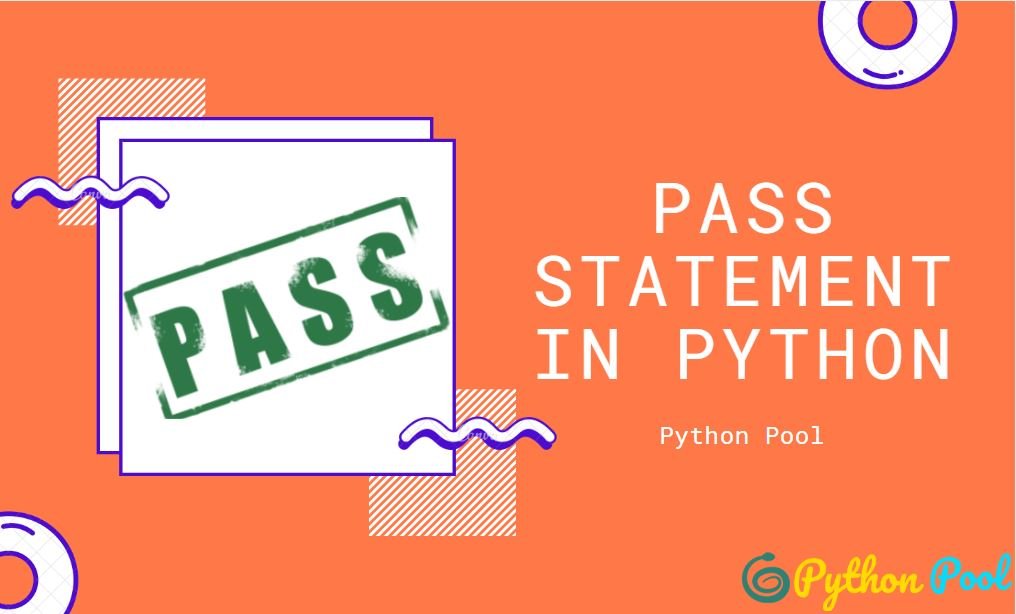 In this tutorial, we will discuss the python pass keyword or statement and, when and where we can use pass. We will see examples of pass keyword and understand how it works.

What is Pass in Python?

In Python, the pass statement is considered as no operation statement, means it consumes the execution cycle like a valid python statement but nothing happens actually when the pass is executed.

It is generally used to indicate “null” or unimplemented functions and loops body.

What are the uses of pass statements and How it Works

It has a very simple syntax,

We can’t really leave the future implementation of methods or logic empty since this would throw an error when executed. Because of this, the pass statement comes in handy.

Let’s Understand pass Keyword With the Help of Example

1. What if we do not use the pass keyword?

What happened in the code above or Behind the code

Even though its expression was wrong, it did not goanna run in either way but it should have a body. At the moment interpreter finds that the if statement does not have a body correspond to it the interpreter threw an error.

2. Using the pass keyword/statement and solving the error

Note: So, to avoid compilation errors, you can use the pass statement.

Pass Statement for an Empty Function

Python doesn’t have the concept of abstract functions. So if we have to define an empty function, we can’t write it like this.

We can use the pass statement to define an empty function. The function will have a statement but it won’t do anything.

Can We Use Multiple pass Statements in Python Function?

Yes, we can have multiple pass statements in a function or a code block in Python.

It’s because the pass statement doesn’t terminate the function. Its only work is to provide an empty statement.

If you don’t want to do anything for a specific type of Exception after catching it you can use pass statement.

Example 1: Python program that uses class with a pass

Example 2: Python program that uses pass statement in for loop

Example 3: Using the pass keyword in an if statement

Example 4: Python program that uses pass in a while loop

We can not use comment instead of the pass because the interpreter will ignore the comment and pass statement returns null.

Pass is a null operation—when it is executed, nothing happens. It is useful as a placeholder when a statement is required syntactically, but no code needs to be executed.

So in this post, we saw how a pass statement can be used inside a Python program, without disturbing other parts of code and letting the Python interpreter execute the code which hasn’t been implemented as well.

In addition, if you have any doubt or query comment down below. We will try to solve it asap.