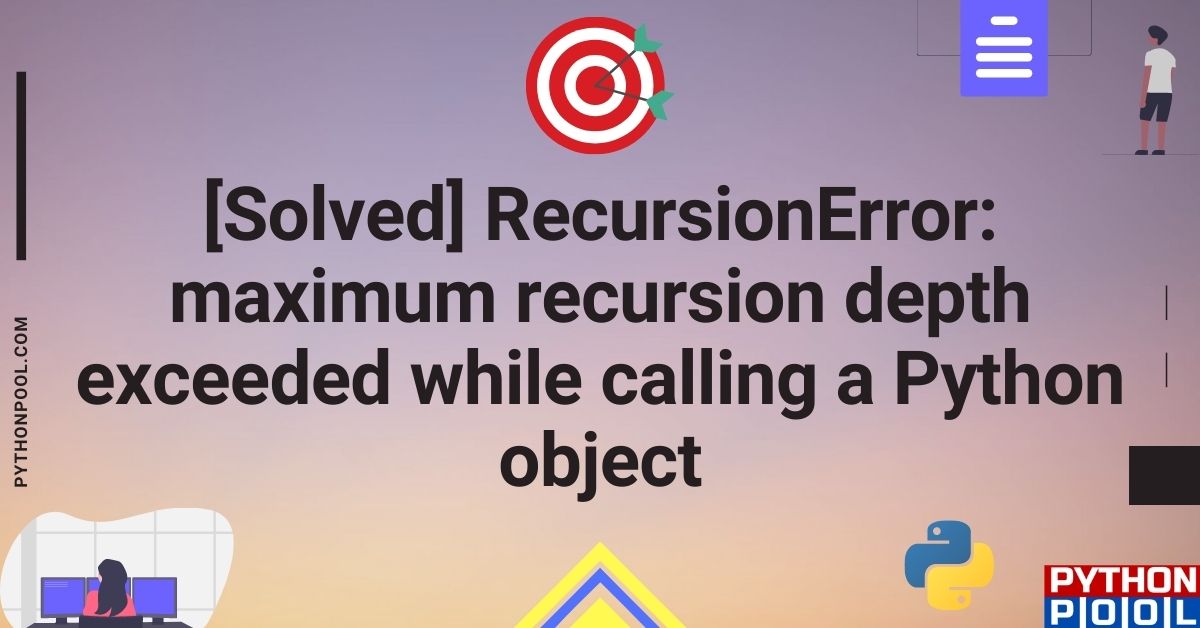 The following code shall generate factorial for a given number.

Here, this program shall be executed successfully and shall print the below output:

But if we pass a larger number into the find_fact() function, it will throw RecursionError: Maximum Recursion Depth Exceeded error.

Since the recursion function exceeded the limit of 1000 iterations, recursionerror is thrown.

The RecursionError: Maximum Recursion Depth Exceeded error may also be thrown while we are trying to create a nested list whose length exceeds the recursion limit.

Let us take the following example. We have created a function named nested() which accepts one argument – n. Depending on the value of n, the length of that nested list would be created. Let us try to pass a value n greater than the recursion limit.

The output will be a recursion error.

The recursionerror for Maximum Recursion Depth Exceeded While Calling A Python Object is thrown when we are trying to call a python object in Django. The error may also occur while using Flask.

1. Using other loops instead of recursion

To prevent the error from occurring, we can simply convert the piece of code from recursion to a loop statement.

Now, it will not throw any recursion error and simply print the large factorial number.

6 Different Ways to Convert a Tensor to NumPy Array

It is necessary to set boundary conditions to ensures that the recursive function comes to an end. In the factorial program, the condition :

is the boundary condition. It is with this condition that the loop comes to an end.

While writing the recursion condition, one has to ensure that the condition does come to an end and does not continue infinitely. The recursive calls should eventually tend towards the boundary condition.

We can also use memoization to reduce the computing time of already calculated values. This way, we can speed up the calculations by remembering past calculations.

When recursive calls are made, then with memoization we can store the previously calculated values instead of unnecessarily calculating them again.

That sums up the article on RecursionError: Maximum Recursion Depth Exceeded While Calling A Python Object. If you have any questions in your mind, don’t forget to let us know in the comments below.