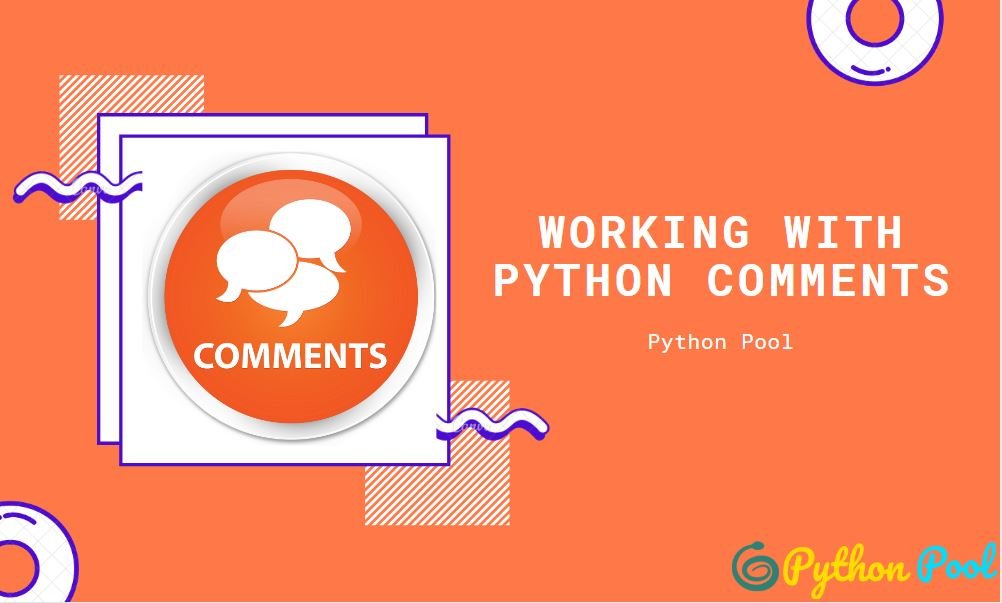 Coding is not easy and making that code easy to understand is a bigger challenge in itself. But python comments make that difficult task quite easy. Python comments are nothing but a simple description of what you were thinking while writing that piece of code. Basically what is your thought process, what concepts you are using in a very precise manner. But they do not have any effect on the logic of the code as they are completely ignored by the interpreter.

It is a very good practice to use comments in python or any other programming language. Not only they make the code more readable but also, they help in removing errors in the code and improving the code for the later stages of development.

Adding comments to your code is no rocket science. For adding a single line python comment, we just have to put a “#” in front of them.

There are two ways through which you can add multi-line comments in python.

Why use Comments in python?

Writing a good comment is an art too. A good developer always knows how to write a comment that is not redundant, and precise because writing every detail about a function is only going to waste time. It should just be a high-level idea about the code. And the other code should be made more readable by using proper variable names, proper function names.

Sometimes what people think is that they are the only one who is going to read the code so why bother in writing a comment, but they don’t understand that they will only be making their own life easier. Like, some of the developers make use of comments by using them as pseudo code and to keep track of what is left in the program.

Why? This question should be answered by the comment instead of what or how.

Many good programmers using comments for the debugging process. The developers comment out the piece of code which they don’t want to use temporarily or to find the mistake.

Lets see an example of how comments can be useful in debugging or finding the errors in the code.

Here, the program would give an error. And to check the error, we could put comments on the if statements one by one and then we would get to know that error is due to the a/b as b=0 and this operation is not possible and we could make changes in the code according to that.

Some programmers always ask this question – Where to put the comments? The answer to that question is to put Python Comments in the following three places: –

Shortcut for commenting out a certain piece of code:

In some Python IDEs like Jupyter Notebook and Pycharm we can use ‘Ctrl +/’ to comment out a certain piece of code.

At last but not the least, while writing the code we should always keep in mind that the person who is going to read the code has very limited knowledge about the programming language and create python comments accordingly.

This is exactly how you should comment in Python!