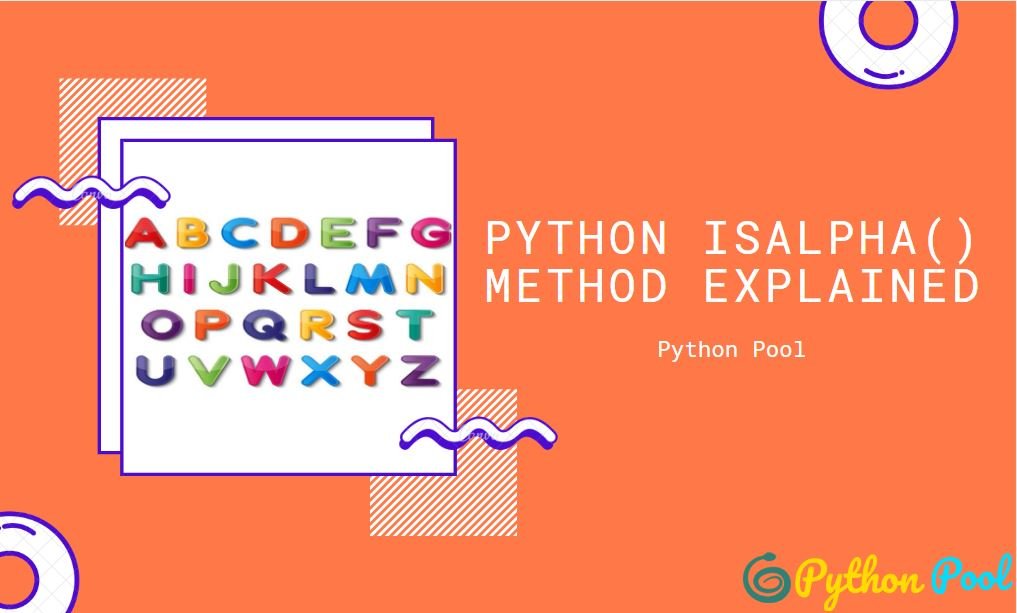 Many times we need to check whether the string contains only letters or not. It is very useful and time-saving if we have some kind of in-built function available to check this problem. Talking about Python there is an inbuilt function available which is the python isalpha. To solve our problem in just two lines. The python isalpha() function is also very useful when we are taking the user input as only alphabets.

Python isalpha() technique is an integrated function and it checks for the existence of alphabets-only in a String. If all of the characters in the string are alphabets, it yields True. If the string includes other characters besides alphabets, for instance, a number or some special characters, it yields False. Alphabets from the English language include characters from A-Z and a-z.

Here the string refers to the string in question, i.e the string which is being checked for containing only alphabets or not.

Python isalpha() method does not take any parameters.

Let’s walk through examples to demonstrate how this method works.

Let’s say that we’re building a registration form for a scheduling program. To be able to sign up customers must submit their first name, surname, email address, and a password. Whenever someone inserts a name, we would like to check to be certain those names contain letters that they can be processed by our program properly.

We may use the isalpha() method to confirm that the name a user submits only includes letters. Here’s an example of a program that would perform this function:

But when our program evaluates the surname, it yields False since our user added a number as their last name.

Example 3: Using if-else Statement to Check Whether a String Contains All Alphabet or Not

So in the above example, we checked whether the string contains all alphabets or not. We use the conditional statements if and else to check this.

Example 4: Count the number of alphabets in a string in Python

Let us take a peek over the code:

In the above example, we’ve iterated during the string by every character. We’ve implemented isalpha() Strategy for every single character in the given string. If the isalpha() method returns True then the value of count will be incremented by 1 that counts the number of alphabets in a given string.

Point to be Noted for Using Python isalpha

Whitespaces, numbers and special characters are not considered as alphabets.

So in this article, we have learned in detail about the isalpha Python Function. We learned all its examples and how it works in different circumstances.