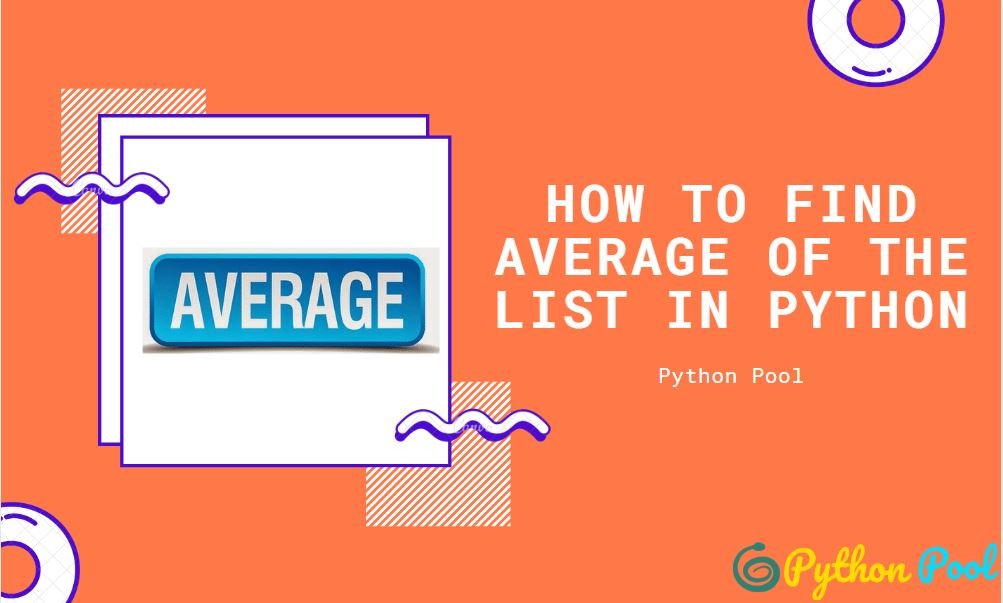 In previous articles, we studied about 2d lists in python, how to concatenate multiple lists, how to shuffle lists, how to reverse a list, and so much more. In this article, we will know how to find the average list in python.

The average is the number that represents the central tendency in a group of numbers. For example, if we have some numbers like – 3 4 5 6 7. The average number is the sum of all the numbers divided by the total number of numbers.

So, 5 is the average of these numbers.

In python, we have multiple ways to find the average of elements of the list. We can use built-in functions as well as by creating our functions. So, let us learn each method one by one.

We can also use the sum() method directly-

Finding the average of lists in Python using the Numpy Library

Using statistics Library to Find the average of lists in python

Using reduce function to find the average of lists in Python

We can also find the mean or average of the list using the reduce() function of the functools library. In reduce function, we need to pass two parameters. The first one is the function that we want to perform on the two elements, and the second one is the list of items. Reduce function will automatically take two elements from the list. If we have a small function, it is a good practice to pass a lambda function as the first parameter.

Finding Average of the list With Python Lambda Function

Finding the average of the list in python containing strings

Note- We cannot find the average if the elements are like this – one, two, three, four.

Calculating The Average of Data Frame in Python