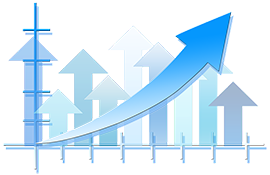 Sorting is a skill that every software engineer and developer needs some knowledge of. Not only to pass coding interviews but as a general understanding of programming itself. The different sorting algorithms are a perfect showcase of how algorithm design can have such a strong effect on program complexity, speed, and efficiency.

Some of the sorting techniques are:

The selection is one of the most used Sorting Techniques Using Python. This algorithm sorts an array by repeatedly finding the minimum element (considering ascending order) from the unsorted part and putting it at the beginning. The algorithm maintains two subarrays in a given array.

In every iteration of the selection sort, the minimum element (considering ascending order) from the unsorted subarray goes to the sorted subarray.

Bubble sorting algorithm iterates over a list, comparing elements in pairs and swapping them until the larger elements “bubble up” to the end of the list, and the smaller elements stay at the “bottom”.

We start by looking at the initial two components of the rundown. On the off chance that the principal component is bigger than the subsequent component, we swap them. In the event that they are as of now all together we leave them in its present condition. We at that point move to the following pair of components, look at their qualities and swap as important. This procedure proceeds to the last pair of things in the rundown.

Upon reaching the end of the list, it repeats this process for every item. Obviously, to optimize the algorithm, we need to stop it when it’s finished sorting.

How would we know that we’re finished sorting? If the items were in order then we would not have to swap items. So, whenever we swap values we set a flag to True to repeat sorting process. If no swaps occurred, the flag would remain False and the algorithm would stop.

Insertion sorting algorithm is one of the popular Sorting Techniques Using Python. Here, the algorithm segments the list into sorted and unsorted parts. It iterates over the unsorted segment, and inserts the element being viewed into the correct position of the sorted list.

Quick Sort begins by partitioning the list – picking one value of the list that will be in its sorted place. This value is called a pivot. All elements smaller than the pivot are moved to its left. All larger elements are moved to its right.

Knowing that the pivot is in it’s rightful place, we recursively sort the values around the pivot until the entire list is sorted.

Merge Sort is a Divide and Conquer algorithm. It divides input array in two halves, calls itself for the two halves and then merges the two sorted halves. The merge() function is used for merging two halves. The merge(arr, l, m, r) is key process that assumes that arr[l..m] and arr[m+1..r] are sorted and merges the two sorted sub-arrays into one. See following C implementation for details

We recursively split the list in half until we have lists with size one. We then merge each half that was split, sorting them in the process.

Every time we select the smaller value at the beginning of a half, we move the index of which item needs to be compared by one.

So, the above are some of the popular sorting techniques in Python. Sorting and listing makes take object oriented and helps to implement and run codes easily. Hence, sorting technique are very important.